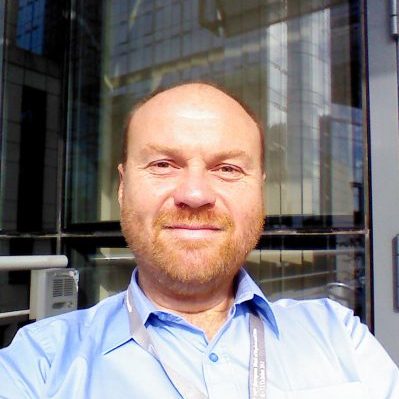 Andy Bleaden works for ECHAlliance as the Communities Director where he has developed and built a large network of over 70+ Global Digital Health Ecosystems, 12 thematic innovation ecosystems and grown a Membership Community of over 900 Health organizations.

He has had a long career in both health and social care as well as funding going back over 30 years starting in the mental health field working with mentally disordered offenders, homeless young people, regeneration and economic development and then later in the field of social care, dementia and robotics.

Alongside this Andy has been an External Expert for the European Commission since 2013 assessing proposals and reviewing projects. He has worked for the European Institute of Innovation & Technology (EIT) on both Health and Manufacturing programmes. He has assessed proposals and reviewed projects for other funds such as Urban Innovation Actions, Urbact and Innovative Medicines Initiative.